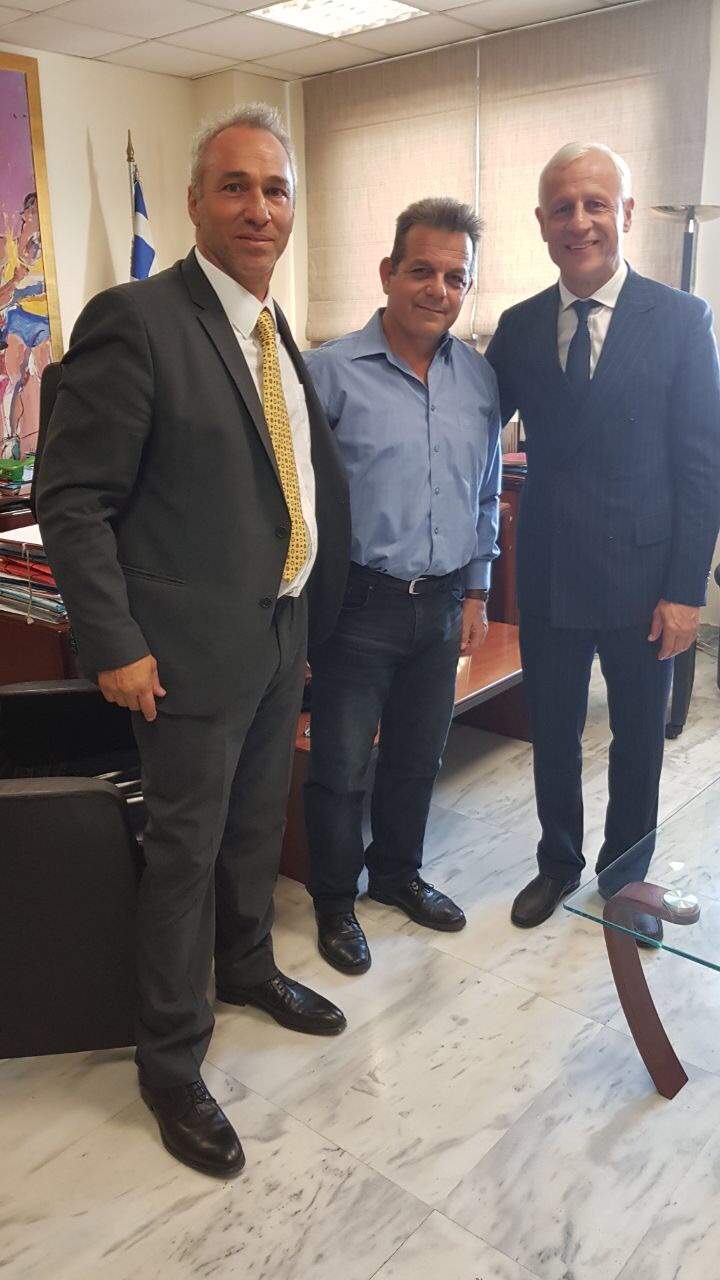 As part of the meeting, the Olympic Stadium of Athens "Spyros Louis"named after Spyridon Louis was seen in the suburbs of Athens, Marousi.

The possibility of holding multi-games as well as the swimming championship in Greece in 2018 was discussed.

The agenda included such important issues as:

-The name of the competition